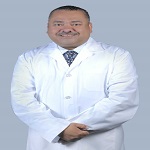 Dr. Amr Hawal is a Pediatrician and Neonatologist whose experience in the field spans 20 years, backed by a higher education degree from Ain Shams University in Egypt, one of the oldest and top ranking universities in the MENA region. He is pioneering an open and contextual evaluation model based on constructive responses, which has led in the creation of new methods to improve pediatric healthcare, neonatology and pediatric nutrition. Dr. Amr has established this model following his years of experiences in medical practice, research and evaluation, and teaching and administration in hospitals and medical universities in the reigion, including Egypt, Saudi Arabia and the UAE. Dr. Amr has published several studies in reputable international journals in neonatology and pediatric nutrition. He has also presented his findings in prestigious international conferences and symposia. 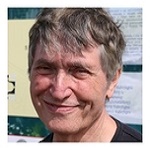 Prof. Dr. Michael Stark specializes in Obstetrics and Gynecology. His main interest is gynecological oncology. He initiated the VIEZION project which combines targeted chemotherapy, PIF and stem-cell therapy for improving post-surgical oncological treatment. Prof. Stark is currently the scientific and medical advisor of ELSAN, a 120 hospital group in France and is a guest scientist at the ChariteÃ¢â‚¬â„¢s University Hospital in Berlin. Since 2004 he has been the President of the New European Surgical Academy (NESA), an international inter-disciplinary surgical organization with members in 54 countries and a formal cooperation agreement with FIGO concerning transmission of knowledge to countries with limited resources. In 2011, Prof. Stark was nominated as the Medico Del Anno (Doctor of the Year) in Italy, and is an Honorary Member of the French, Polish, Russian and Italian Gynecological Associations. In the years 1983-2000 he was the medical director and head of Ob/Gyn department of the Misgav Ladach General Hospital in Jerusalem, and between 2001 and 2009 the chairman of all Ob/Gyn departments of the HELIOS Hospital Group in Europe. He was the scientific director of the European novel Tele-surgical system. He was visiting Professor at the Universities of Toronto, Moscow, Beijing, Milan, Adana, Uppsala and the Weill-Cornell University hospital in New York. He modified operations like the vaginal and abdominal hysterectomy and Cesarean Section and developed the concept of single-entry natural orifice surgery. He was involved in the development of the trans-oral thyroidectomy and TransDouglas abdominal surgery. 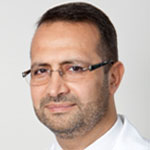 Dr. Rahmani graduated with an MD from Damascus University Medical School in 1987. He completed his pediatric residency at UMDNJ- Robert Wood Johnson medical School in New Jersey, USA, and a Fellowship in Neonatal-Perinatal Medicine at Temple University Children Hospital In Philadelphia, Pennsylvania. He is certified by the American Board of Pediatrics and Neonatology. Dr. Rahmani joined Tawam Hospital in UAE in 2004 He became the Chairman of Pediatric department in 2010. Dr. Rahmani is the Program Director of the Neonatology Fellowship. In 2012, Dr. Rahmani became the Medical Director of SEHA Pediatric Service Line Council organizing the pediatric services in the Emirate of Abu Dhabi. He is a regional trainer in Neonatal Resuscitation Program of AAP, and an instructor in PALS. Dr. Rahmani is a Clinical Professor in Pediatrics at the College of Medicine and Health Sciences at UAE University. Director of The Institute of Neonatology
University of Belgrade
Serbia

Milica Rankovic Janevski is the Director of The Institute of Neonatology 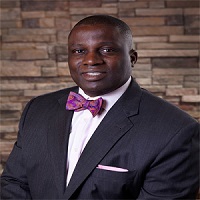 Olutola is a 1995 graduate of the University of Ibadan Medical school in Nigeria, after which, he completed a one-year internship at the Lagos University Teaching Hospital in Lagos, Nigeria. In 2004, Olutola was accepted into the University of Texas Health Science Center at San Antonio (UTHSCSA) pediatric residency program completing two years, then finalizing his residency training at the Texas A&M Health Science Center in Corpus Christi, Texas. In 2008, Olutola became Assistant Professor and Attending Emergency Room Physician at the Driscoll Childrenâ€™s Hospital in Corpus Christi. Prior to establishing Practical Approach Pediatrics and Pediatric Dentistry, he was a successful Emergency Room Pediatric Physician and a general pediatrician in San Antonio, Texas. He completed his Masters of Public Health at the UTHSC-Houston. She is a recipient of MRCPCH UK, an internationally acclaimed medical qualification. Her research interest is in complex paediatric epilepsies, ketogenic diet and paediatric movement disorder. Rasha Al Rahbi is a 7th year medical student from Sultanate of Oman, studying in college of Medicine and Health Sciences at Sultan Qaboos University. She is interested in medical research. She worked in a laboratory-based study under the hematology department at SQUH, (The expansion of mesenchymal stem cells after short-term storage of human bone marrow). Rasha is a motivated leader, and a well qualified debator. She won the title of Best Debater in two consequative national Debating chambionships, and participated in multiple international debating championships. Currently she is doing her medical elective programme in Austria, and is interested in meeting new people, and learning more about the health system in other countries.